Well positioned to benefit from growth in demand.

Our asset base mainly consists of large scale, low cost copper mines. We are well positioned to benefit from the expected tightness in the copper market, as declining global supply coincides with continued growth in demand. 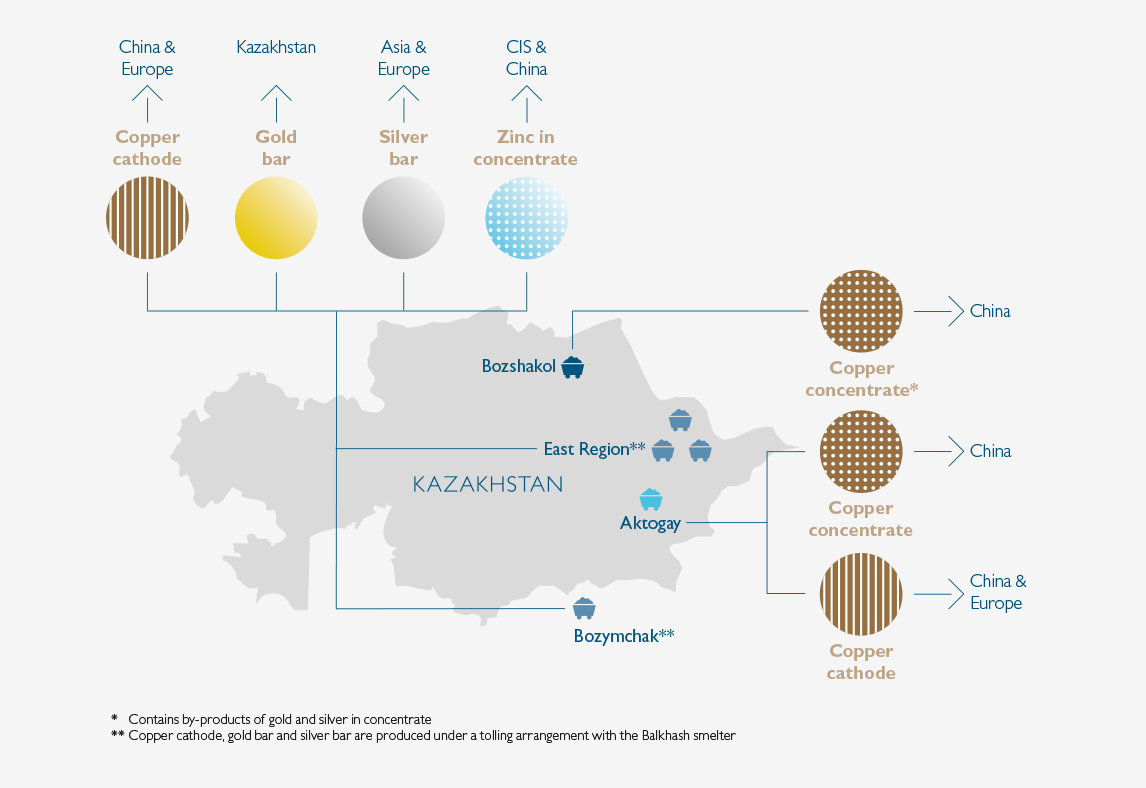 The Group’s revenues are primarily derived from the sale of copper with additional revenues from by-products of gold, silver and zinc. The Group’s performance is therefore dependent on commodity prices, which reflect global supply and demand fundamentals, as well as market sentiment and the activities of financial investors. Commodity prices can be volatile and cyclical as a result of dependence upon geopolitical and macroeconomic factors. The outlook for the Chinese economy is of particular significance as it is the largest consumer of copper and the main physical market for the Group.

The copper price ended 2018 on a downward trend which reversed in early 2019. A weaker US dollar and improved investor sentiment regarding the Chinese economy helped to support prices, resulting in the copper price reaching a high of $6,572/t in March 2019. The price remained above $6,300/t until May 2019, after which an intensification of the US-China trade dispute and deteriorating macroeconomic data placed downward pressure on the copper price.

Movements in the copper price thereafter were primarily driven by developments in trade negotiations and the consequent effect on the outlook for the Chinese economy.

The copper price was weak throughout the second half of the year, with the average price of $5,841/t lower than the first half of the year ($6,211/t). The copper price reached a low of $5,537/t in early September but from October was on an upward trend following continued unrest in Chile and a decline in LME stocks. The price then ended the year relatively strongly, rising to $6,185/t in December following reports of an initial US-China trade deal. 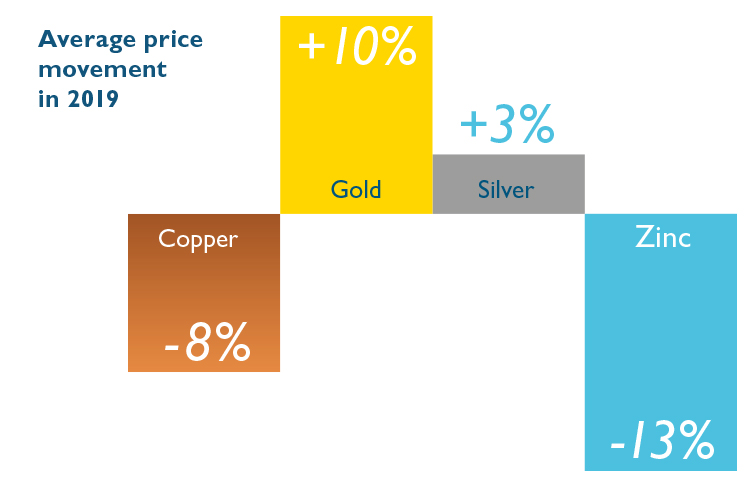 The weakness in the copper price during 2019 was primarily reflective of negative macroeconomic news flows rather than being rooted in copper supply and demand. In 2020 the copper price has been adversely affected by concerns over the emergence of the Covid-19 coronavirus. In the short-term, actions to mitigate the impact and spread of this virus and news of progress in the US-China trade negotiations are likely to be key drivers of the copper market. However, the low levels of physical inventories and ongoing supply risks from key producing countries in the physical copper market mean that copper is well placed for any upturn in macroeconomic sentiment and physical demand.

There continues to be a broad consensus that the market for copper will enter a period of supply deficit in the medium to long-term. Copper supply is expected to be restricted by declining ore grades, insufficient investment and a lack of major new deposits. Large scale copper projects with the potential to fill the supply gap are scarce, with many projects facing significant economic, political and environmental challenges. With long lead times required to bring new production to market, this could result in a sustained supply deficit and support higher copper prices.

In the short term the copper market is expected to remain tight as moderate demand increases are offset by new production. As a result, copper prices will continue to be volatile and susceptible to market sentiment.

Gold prices performed strongly during 2019 as prevailing macroeconomic concerns and the perception of gold as a safe haven asset led to price increases. The average price in 2019 of $1,393/oz increased by 10% compared with 2018. Silver prices were on average 3% higher in 2019 than 2018, at $16.2/oz, also as a result of global economic uncertainty driving demand for precious metals. Zinc traded poorly compared to other metals during 2019, with the average price of $2,546/t 13% lower than the average for 2018. Zinc prices began 2019 strongly as warehouse stocks were depleted but from April onwards the price trended downwards as a result of weak global demand.

Market fluctuations: how we respond

The Group is not currently and does not normally hedge commodity prices but may enter into a hedge programme where the Board determines it is appropriate to provide greater certainty over future cash flows. In periods of lower prices, the Group has successfully reduced costs and been able to defer non-critical expenditures.

The approximate effect on EBITDA resulting from a 10% movement in the average realised commodity prices on the Group’s results is shown below, assuming all other variables remain constant:

Copper is essential for modern economies. The demand for copper is growing whilst supply is constrained